Solstice used to be a pretty happy day for me. One of the only things I hate about living up here is the dark! In the last 10 years, I've developed a number of ways to cope with it and overcome my fear of it, but darkness is still not on my list of favorite things!

Two years ago today, my black and tan canine soulmate decided it was time to move on. Preacher would have stayed, the spirit was still strong, but his body failed him. 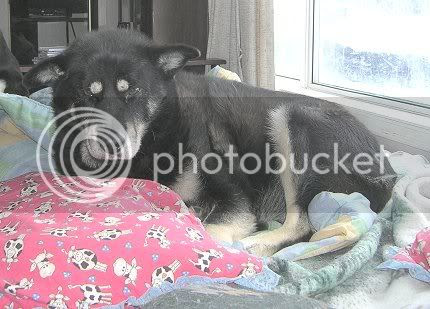 My hubby and I shared a toast to Preacher a little earlier today and he commented "that dog was indestuctible"....and he was, right to the end. Hypothyroid, Stone cold blind before he even showed a hint that he was trouble seeing; he fell into a trench in the yard once and a few years ago while I was putting away the Christmas decorations, he fell into the crawl space. I'm sure I sprained my arms trying to lift his 80 pound butt 6 feet straight up, but he was completely unfazed and uninjured! 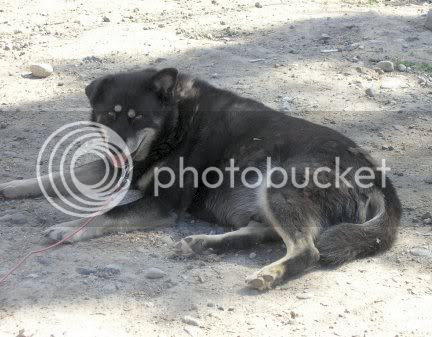 He was probably the most protective dog I've ever owned. Nothing, nobody came between me and Preacher. If I was home alone, he always kept his big ol' butt between me and the door. If you wanted to get to me, you had to go through my Preacher protection. He sounded mean when he let go with that big bark, but he was really a gentle, sweet soul. Ok, one time he bit an aquaintance of Stuart's, but I never liked that guy anyway. Preacher was a good judge of character! 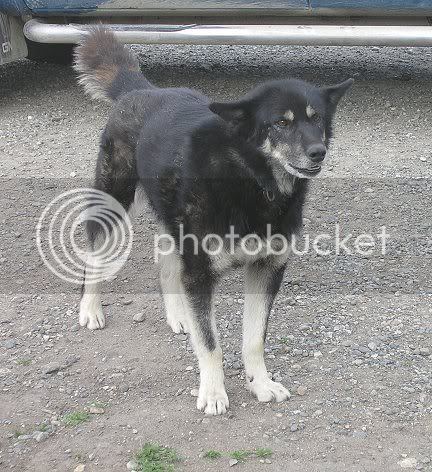 The only thing Preacher was more devoted to than me was his Franklin. They arrived together, the first of what would become many foster failures. Franklin was afraid of his own shadow and often wouldn't even move unless Preacher told him it was safe. Preacher stayed in this world long enough to give Franklin the confidence he would need to function without him. It's hard to believe that the dog who slept on my feet last night is the same scared little waif who first arrived here. 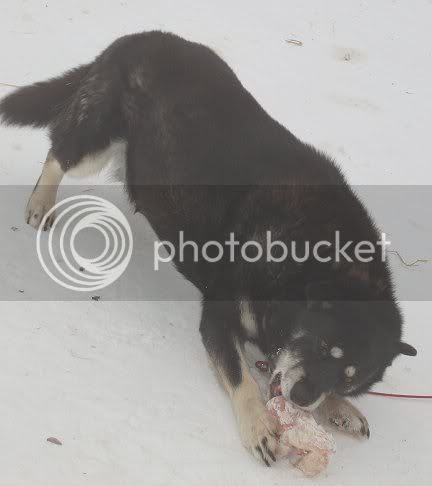 Preacher loved his food...any food, even things that weren't food! Stuffed toys, rocks, cat toys, cat litter....he wasn't fussy! When he missed two meals in a row, I knew it was time for a vet visit, expecting he had a blockage. Which he did, but for a change it wasn't from something he'd eaten that wasn't actually edible. It was from one of dozens of tumors. In the end even the indestructible dog couldn't beat cancer. 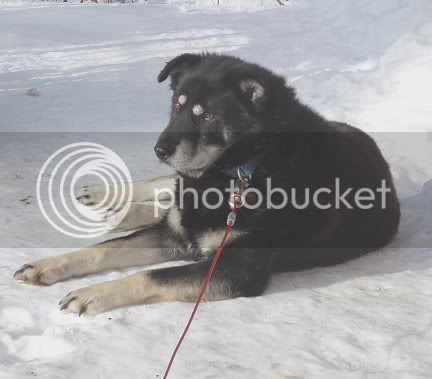 I finally got my act together enough today to get a dog team out. For any number of reasons, I was irrationally nervous about this so I just took a little team. I can control four dogs without too much difficulty! 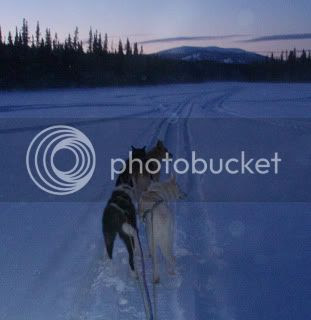 That's Reggae and Anvik up front with Tehya and Pacer behind them. Reggae and I had a couple discussions about what I meant by "gee", but he figured it out pretty quick. He does a beautiful "ON-BY"! He got us by three loose dogs without even a sideways glance at them! That's way harder to teach than the directional commands. I am deeply, deeply relieved that he already knows that one!
Posted by Wandering Spirit Kennels at 12:02 a.m. 4 comments:

When you beat up Pacer, run up the vet bill again....you get neutered! 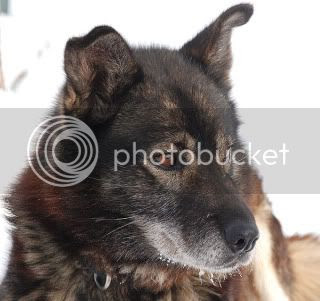 Reggae came home from the vet a bit lighter tonight, after taking a round out of Pacer about 10 days ago!

Pacer is recovering well from several puncture wounds including a dangerous one on his neck. I'm not sure what it is about Pacer, but if someone is gonna get hurt around here, it will be Pacer!

As a bonus, putting my lead dog out of commission for awhile has finally brought the snow! I may have to ask Sundin to lead a couple times while Reggae recovers!
Posted by Wandering Spirit Kennels at 8:21 p.m. 6 comments: