We don't celebrate St. Patrick's day; we celebrate Delta Day...not the day we adopted him or his birthday, but the day we finally got him home after he disappeared for a month. 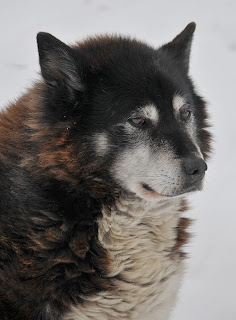 It's been six years since every mail box, bulletin board and utility pole for miles was plastered with a poster of this sweet boy. 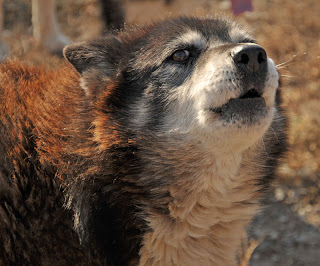 Delta is the most timid dog I've ever met. He had no socialization as a puppy. He has little use for humans. It made him very hard to catch and led him a long way from home. 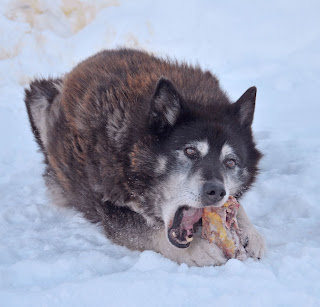 We've tried to socialize Delta but progress has been very slow. He follows me around the yard and woos at me, but prefers I not touch him. He's hypthyroid now and medicating him involves tossing a pill hidden in a hotdog from a safe distance! 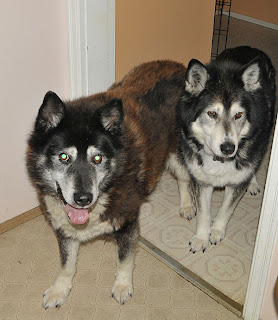 But he has made some progress.  A couple months ago, he had a huge breakthrough...a simple thing for most dogs, but enormous for Delta.  He will come through the door into the house all by himself!  For years, bringing Delta inside required cornering him in the yard and then carrying him into the house.  Almost every night now, he runs in with the others.  The adorable, funny part is that Delta is so proud of himself when he does this that he stops in the kitchen and breaks into song...every single time!

He'll be 11 this fall.  I wish I knew where he was for that month, how he survived and how he escaped.  He never goes near the gate anymore!  It is scary out there!

We have a long history of problems with the month of February.  Bad things happen around here in February.  This year, we decided that if something crappy was going to happen to us, we would be on a beach somewhere drowning our sorrows in slushy drinks! 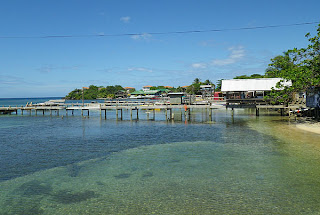 Much to my father's dismay, we chose Honduras as our destination!   Well, I chose Honduras; Stuart isn't very involved in planning these things. He just shows up at the airport when I tell him to be there!

I'm pretty sure Dad did not believe one word of my attempts to convince him that we were not going to be in mortal danger!  We didn't visit the mainland, although there are things there I will see someday; this trip was confined to the Bay Island of Roatan.  While Roatan faces many of the issues common to Central American travel, it is safer than the mainland. 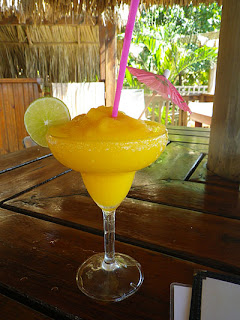 There were many slushy drinks consumed on this trip, but other than raising a glass to remember Bandit, Mac & Ozzy on the anniversary of their deaths, there was no sorrow drowning! 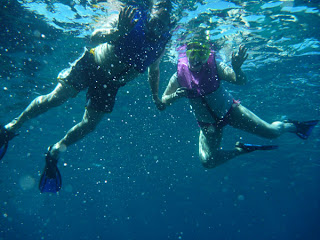 No drowning of any kind actually!  We spent much of our time in and on the water, swimming, snorkelling, fishing, kayaking, sight seeing by boat tour!  Snorkelling Roatan's reef, the second largest in the world, was amazing! 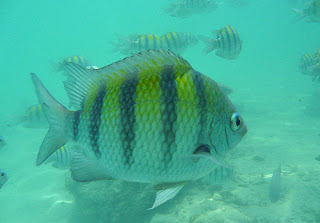 Like swimming in an aquarium!  Fish, turtles and coral everywhere!  If/when we return to Roatan, I'll be getting my open water diver certification.  I'd love to explore the reef from deeper and closer! 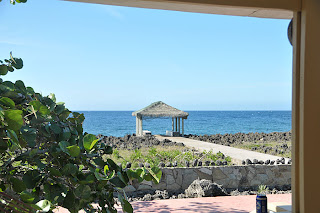 ﻿
The view from our patio at the little hotel we stayed at.  If you're heading to Roatan and aren't into luxury resorts, I'd highly recommend the Seagrape Plantation in West End..reasonable price, safe, comfortable, quiet, but still close to all the chaos that is West End!  Really if you want full out luxury, Roatan probably isn't the right destination for you anyway!

For the first time in 8 years, we made it through February unscathed.  If it takes being on a Central American island for that to happen, I'm willing to make that sacrifice every year!
﻿
Posted by Wandering Spirit Kennels at 8:56 p.m. 1 comment: