I hadn't even gotten around to posting about her leaving our pack...Princess went back to her owner a couple weeks ago. We thought she would be back here in a few months, as it was pretty obvious her owner wouldn't be able to keep up with her for long. In hindsight, I should have fought harder to keep her here.

Princess escaped on the weekend, a young husky with too much energy will find a way to burn it off. Sometimes that has tragic consequences. Princess was run over while out running around and did not survive. 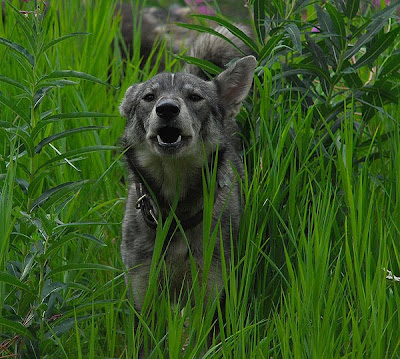 I'm so sorry, little one. You deserved better.

The Family drops by... 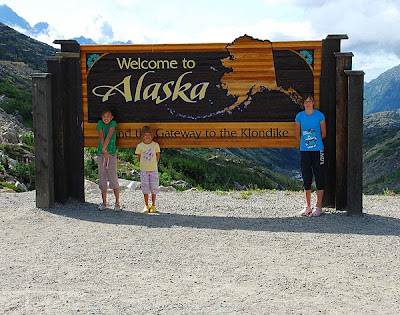 My nieces were here last week. They flew up all by themselves, a trip they handled much better than their mother, who was a basketcase after she put them on the plane! We had a busy week! Spent the first day in Skagway. It was the first time in several trips over that the summit has been clear. Last time we couldn't even see the Alaska sign! 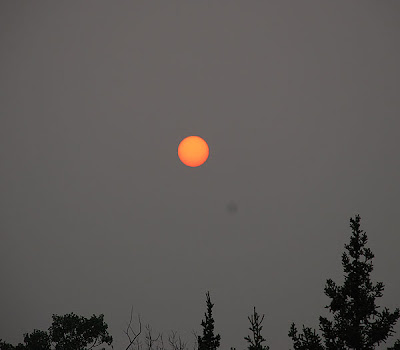 The forest fire smoke moved in the next day. Hannah has mild asthma so the smoke was a bit of a problem for her, but she never let it slow her down too much! She's a happy, delightful kid! 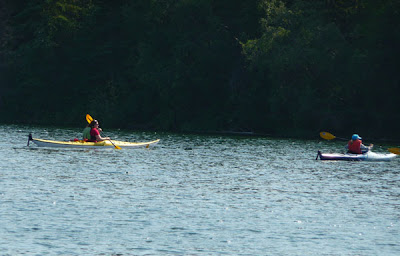 And a natural athlete. We spent a day at Snafu Lake where Hannah was determined to try kayaking. She's only 11 and small for her age, but she handled 15 feet of boat like a pro! Naomi caught the only fish of the day. After 10 years of trying, my Dad has still been skunked by Yukon fish...not one in all those years! 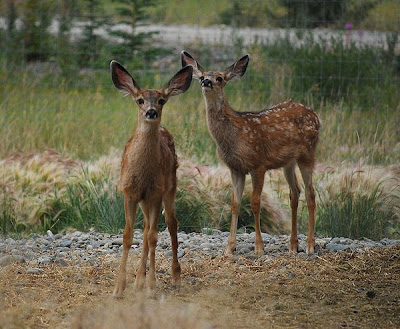 We went for a tour at the Yukon Wildlife Preserve, where there were lots of babies this year! Including these very curious twin mule deer fawns. 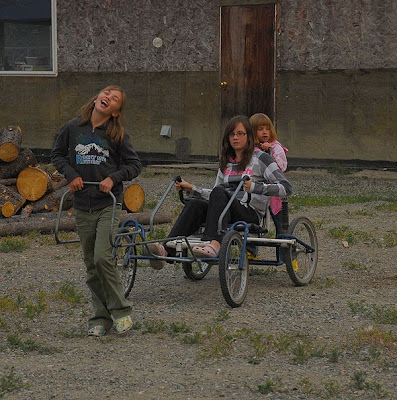 My waste of money Sacco cart finally got some use. My dogs all, without exception, either hate the cart or are terrified of it! The kids had a great time hauling each other around the yard! 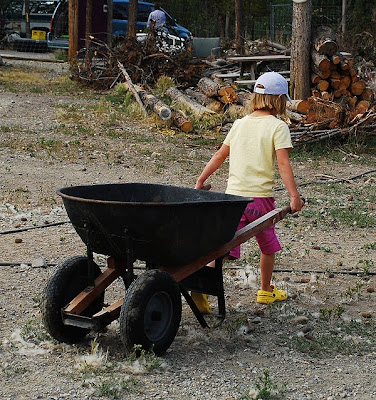 It's amazing what a six year old will do for five bucks! Emma picked up every old, chewed-up, rotten bone in the main yard and did it singing a song the entire time! Give her a wheelbarrow and she's a happy kid! 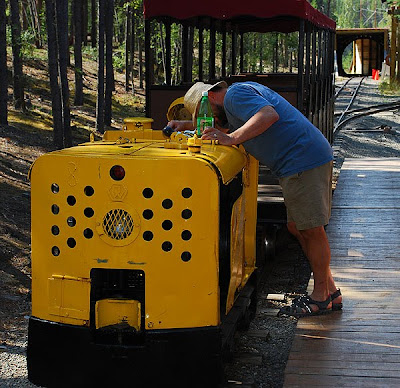 We also went to the Copperbelt Mining museum. Apparently it's been there for years, but I'd never heard of it til this summer. It's a pretty cool place. We went for a train ride, had ice cream and got a bunch of information about the quarries near our house, that were once part of the Whitehorse Copper Mine. 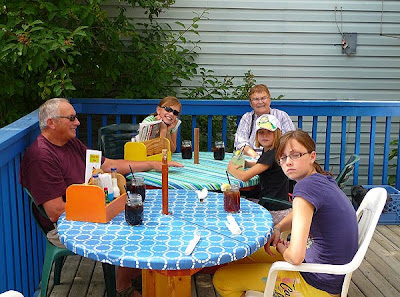 My parents showed up a few days after the girls. Everyone headed back to Saskatchewan on Saturday. Yup, they drove 2500 kilometres with three kids. They are supposed to be home tonight. I'll have to call and see if everyone survived the journey! 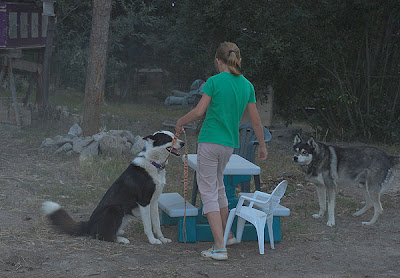 Hannah tried to train the dogs to be show dogs. That didn't work out so well, but they did enjoy the extra treats and attention! 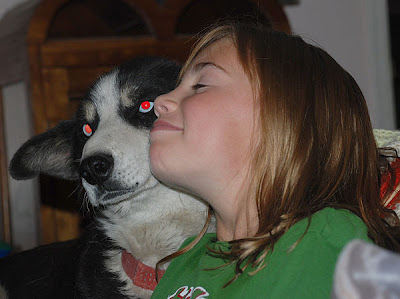 Unfortunately, Chum wasn't himself and spent one day of their visit at the vet. Yesterday we learned that Chum has liver cancer with a large mass attached to his liver and his spleen. There aren't any treatment options for him, other than keeping his quality of life as good as possible for as long as possible. The prognosis is grim and we likely only have a few weeks left with our noisy boy, who isn't so noisy anymore. Hannah gave him some extra lovin' while she was here! We'll keep that up for as long as we can!
Posted by Wandering Spirit Kennels at 12:52 p.m. 4 comments: