He was the first Siberian Husky I ever met; the dog who changed my life. Not only was he a package deal with the man who became my husband, but everything I know about stubborn, digging, howling, escaping, challenging, frustrating,  funny, too-smart-for-their-good, dogs, I first learned from Muskwa. 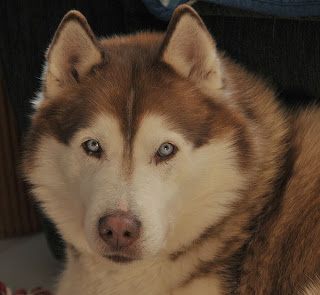 =No dog ever had a better life.  He spent his entire life with Stuart, best friends from the moment they met, when Muskwa was just days old.  He saw parts of the Yukon few humans ever get to enjoy.  He was a born alpha dog, a true leader who never resorted to aggresssion to prove his point.  He simply was the King and he expected that everyone, regardless of species, would recognize that!
﻿ 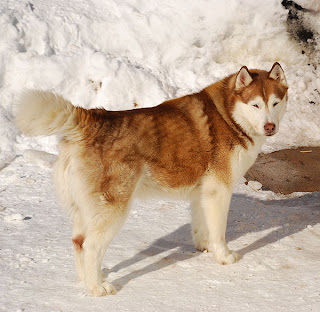 It was a life full of adventure and misadventure!  He had a taste for porcupines that never went away.  A dozen encounters never taught him that those things hurt.  Even smart dogs can't know everything! 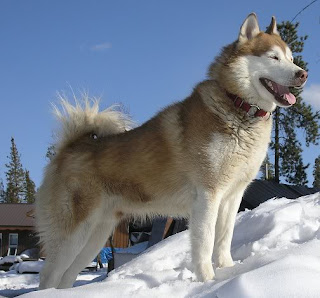 Four days after his 15th birthday, four months after he was diagnosed with liver failure, Muskwa was released from a body that could no longer support his big spirit.  He has rejoined his pups, Earle and Hoodoo, along with so many members of the pack he started and always ruled.
Godspeed, old friend.  We will miss you! 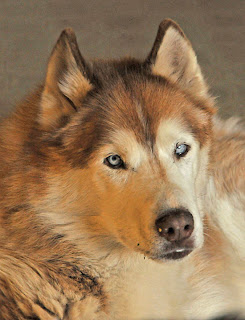 He was my very first cat, my first pet in my adult life.  14 years ago,  I pulled him out from under a deck in Calgary, an adorable six week old kitten. 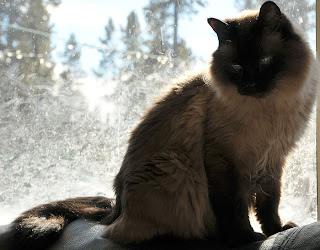 He saw some dramatic changes in his life; from just the two of us in a condo in the big city to living with this zoo.  He accepted every change, every newcomer with grace, ease and without ever peeing on my stuff! 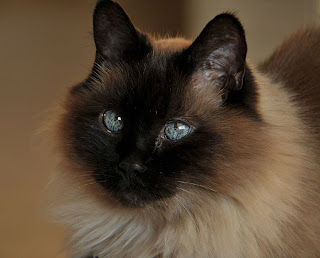 He was not the brightest cat I've ever met; he could get lost in the living room!  But he was among the sweetest cats I've ever known, full of drooly purrs, head bonks, and love.
Until five days ago, he'd never been sick a moment in his life, never been to the vet for anything beyond routine care.  Over the Thanksgiving weekend, he became increasingly lethargic, just not his usual mewing purring self.
He has spent the last three days at the vet clinic where a large tumour was found on his pancreas, his kidneys were failing and his blood sugar was dangerously low.  Despite the best efforts of his vet, he did not respond to treatment; he was miserable and we were out of options. 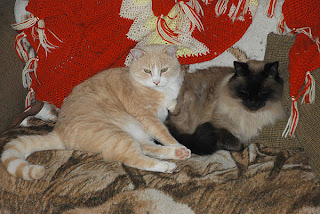 He was released from his failing body tonight, the last and only thing I could do for him.  He leaves behind fourteen years of memories, a huge hole in my heart and a very lost best friend.  Pete will mourn the loss of his lifelong friend as deeply as I will. 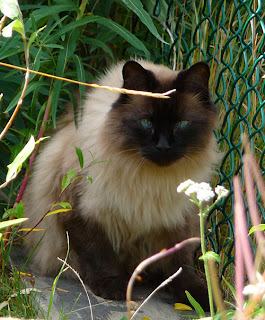