First Paddle of the Season...

Thought I'd do a quick update while my home connection is working and while I wait for the Northwestel tech guy to arrive. He's supposed to be able to figure out why my connection dies at random intervals and is off line more often than not lately! 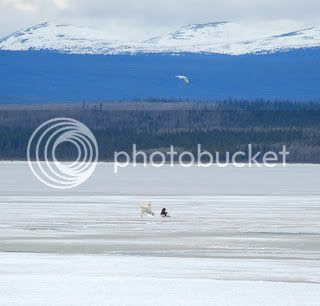 Last weekend Tehya and her buddy, Popeye, were running around on the ice at Marsh Lake. 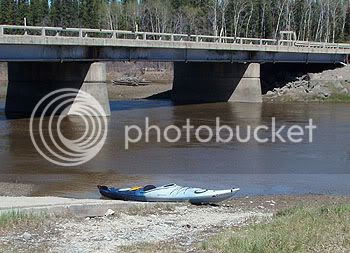 This weekend I loaded the kayaks and headed to the McClintock River. I decided to paddle the Carolina. It's much more forgiving than the Eclipse, which could be important early in the season! 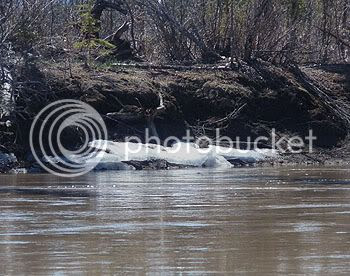 There's still a bit of snow and ice on the banks. The banks show the effects of last year's flooding too. 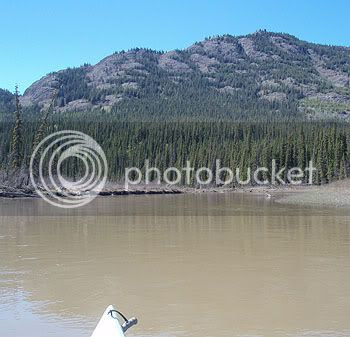 The water level is very low and it's full of silt. Later in the year, the McClintock gets quite clear. Hopefully, the water levels won't get quite as high as last year!
Posted by Wandering Spirit Kennels at 2:24 p.m.

The creeks and rivers were sure raging this weekend! The little Mendenhall river has gotten a lot higher, and the creek I drive by everyday was washing out up on shore! Wow, what a bit of warmth will do eh?

Does this *Boat in the Water* indicate that Spring has *sprung* in the Yukon?

When will you be adding the lil tow-behind mini-Kayak for Theya?

(Hope you're wearing your PFD when you're out Kayakin!)

HAVE *Phunn* and Stay Dry!

Wow, you do have such a beautiful landscape, and places there. I'm working on my savings to I can come up there!!