Husky Portraits as provided by a Suidical Squirrel...

Nothing entrances the dogs longer than a suidical squirrel! 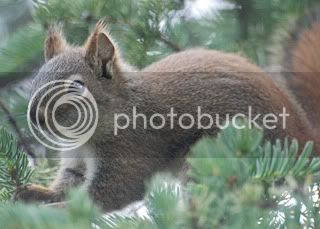 Apparently the new growth on that tree was very tasty, 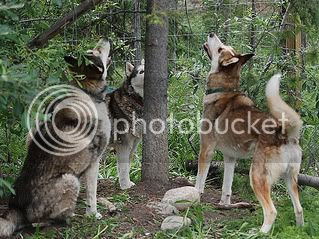 even worth risking his furry little life over! 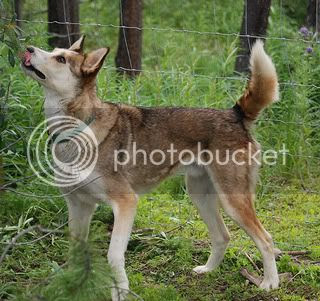 Mac would like to catch his own dinner tonight! 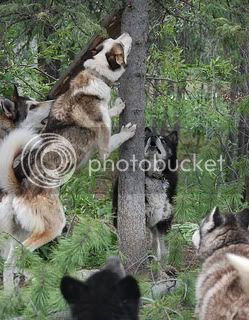 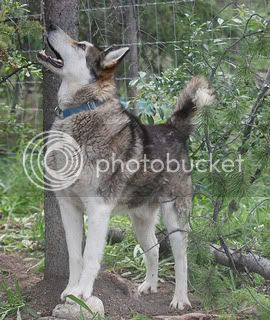 Obsessive, prey driven dogs, like Founder, do pose nicely though! 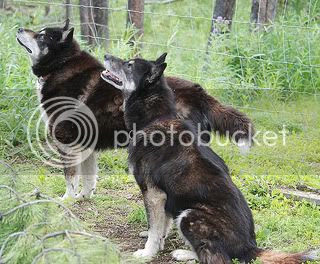 Delta and Franklin spent most of the afternoon in this position! 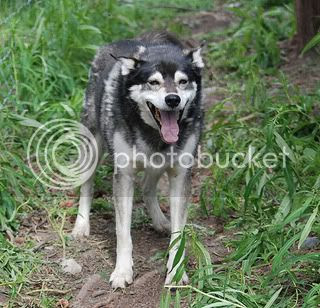 Hobo thought doing his happy dance and the magic bark would be helpful. He discovered that the magic bark does not get squirrels to come down, although it remains effective at getting the front door to open! 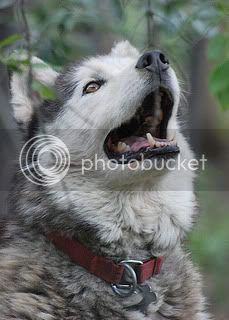 Bandit waiting for the squirrel to fall into his mouth! 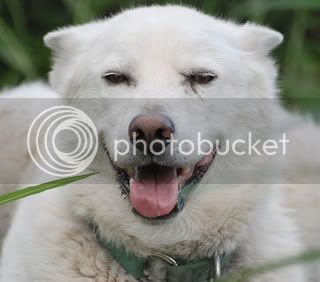 Even the normally camera shy, Pacer, enjoyed the entertainment this afternoon! 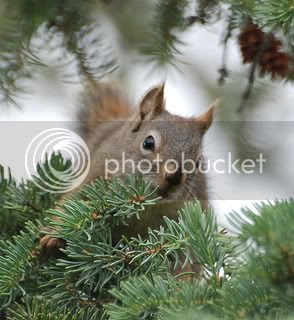 After chewing on my tree and entertaining my dogs, giving me some quiet for the afternoon, I helped the squirrel escape by distracting the dogs with dinner. Staring at the same tree all day is apparently very hard work that really gets the appetite going....or maybe it was all the drooling the squirrel caused!
Posted by Wandering Spirit Kennels at 7:44 p.m.

We all like to stare at the stupid squirrels who sit on the telephone pole at the corner of our yard. Monty barks at it, and then the squirrel just yells back at him. I have no idea why.

LOL, that is what my yard looks like on many days! Lots of dogs looking up trees and zipping across the yard to chase more squirrels. George has one tree that she is OBSESSED with and almost missed a free run when I opened the gate 'cause she really HAD to stay there and STARE!!

Maybe you should add The Squirrel to the payroll as the Outdoor Activities Director.

Might be expensive to get him/her life & health insurance; but having a whole Pack of Admirers under foot all day must have some value.

That squirrel is either very brave or very stupid, which do you think?

Mom should have khaught my stalk tonight!

I showed it who was the boss!!

It chirped and wagged at me - we khould see it was a girl skhwirrel when she went up the tree and took a branch of MY tree as her own!!!

Oh Squirrels... always taunting us. And WOW your camera is awesome!
HUgs,
Sitka

I love your photos! Booker doesn't care LESS about a squirrel, but give him just a WHIFF of a raccoon ... and all bets are off! I have gotten used to him spending his hour at the dogpark, jumping at the wall and barking until he is hoarse. Then I have to drag him away. The other dogs just ignore him now ... he's like the weird kid on the playground, lol