Sunday and Monday my crazy wild child dog, Deuce, just wasn't himself.  He was yelling at me; not chewing on Raven's head; not running laps around his pen while waited for his dinner; just not his usual exuberant self.  I couldn't get him into our usual vet, but was able to get him into the clinic we used to go to all the time, where he received kind, compassionate and competent care.
Monday night Deuce was diagnosed with pancreatitis, serious, but manageable.  He did not respond to supportive treatment overnight.  His vet saw some concerning things on his abdominal x-rays. She did an ultrasound yesterday morning that only increased her concerns. Late yesterday afternoon we gave her permission to do an exploratory surgery.
There was a mass behind his liver, cellular changes in the structure of his liver; his pancreas was necrotic and a section of his intestine so hardened and inflammed that nothing could have passed through it. We did not let him wake up again.

We brought him here in May 2005. He'd been a stray for years in a nearby community. No one claimed him and eventually he started getting in trouble while searching for food.   A young man tied Deuce and two other dogs up in his yard to save them until the shelter had room.

Deuce lost his mind in the shelter. From free roam of the Yukon wilderness, to a chain, to a tiny kennel! He hated the confinement and he was horribly bored. The shelter staff thought he was a aggressive and wanted him put down. Stuart brought him home instead. They always shared a special bond; Deuce knew who saved him. I am grateful Stuart made it home in time to say goodbye.

Deuce was not aggressive ever; he was just extraordinarily active, happy and exuberant! He didn't always know how to ask nicely for the attention he so desperately wanted so he'd just knock you over to get it! He was my wild child and I will miss his nutty self! 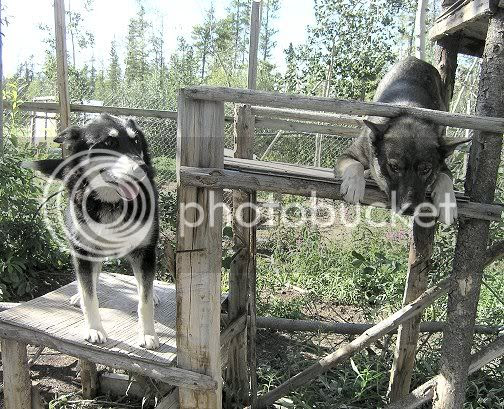 His penmate, Raven, is lost without him. They've been best friends since the day he arrived. 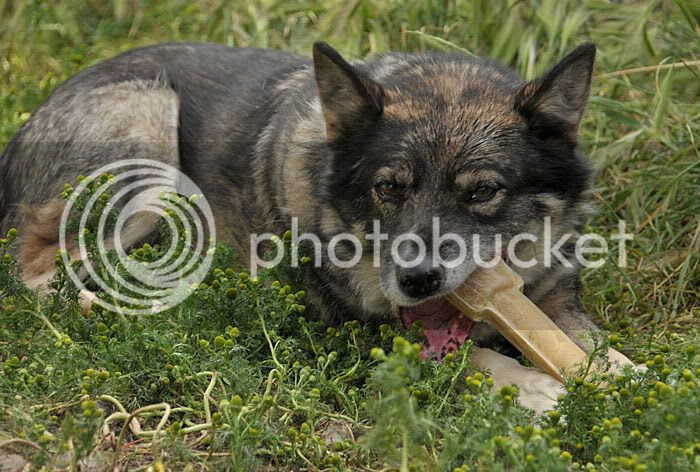 He didn't always get everything he should have here. He was a difficult dog at times; a special needs boy! But he was safe, warm, fed and deeply loved. I hope that was enough.
Godspeed, my wild child. Don't cause too much chaos at the Bridge!
Posted by Wandering Spirit Kennels at 1:50 p.m.

We are so sorry for your loss but glad Deuce had over 7 years of love with you and compassion at the end.

Run free Deuce! We are so glad you were saved and loved by just the right family.

Godspeed, Deuce! You are free to run your to your heart's content!

I remember when you brought him home, his wild looks matched his wild personality! My heart goes out to you guys & to Raven, I've seen how hard it is for such a bonded pair to lose their partner. Hopefully she'll connect with another "buddy" in your pack.