Happy dogs and a big day for Pacer

The dogs are very happy to have me home--not that they missed me, but because I take them for walks. Stuart just doesn't do that sort of thing very often! 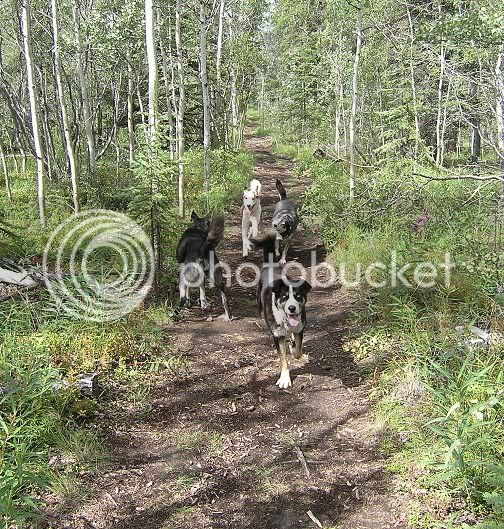 Chum, Paxil, Hobo and Ozzy couldn't wait to get started on their run yesterday. They were a bunch of lunatics. 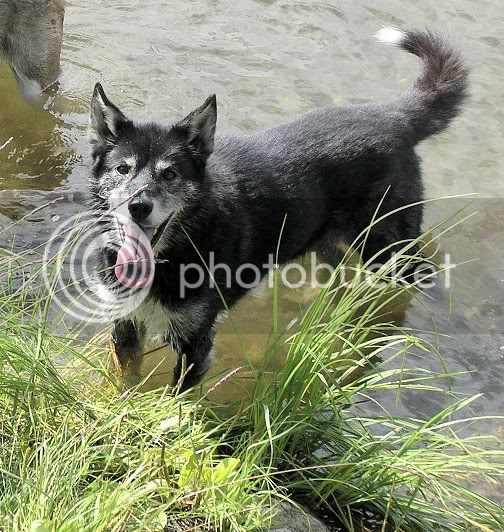 Paxil is one happy dog! She's always happy, but she perks up even more when she gets to go off-leash. 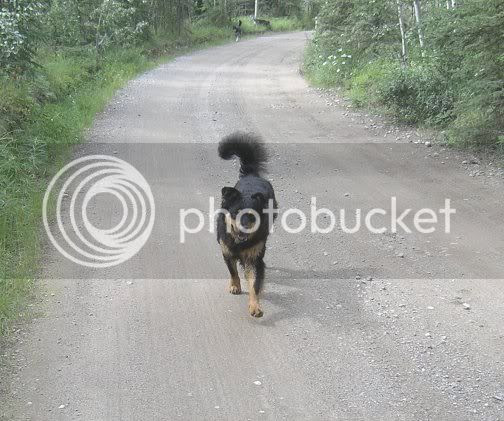 Even Daisy was happy to see me--since her own owner doesn't bother to walk her, she tags along with us!

Later in the afternoon I decided to take Pacer for a walk. Sleet decided she would like to go too. Since Sleet has infalliable recall, I let Pacer go OFF-LEASH!! The timid one has not been loose outside of the fence since he set himself free a few hours after his arrival here in November 2003. This was a big step for him! 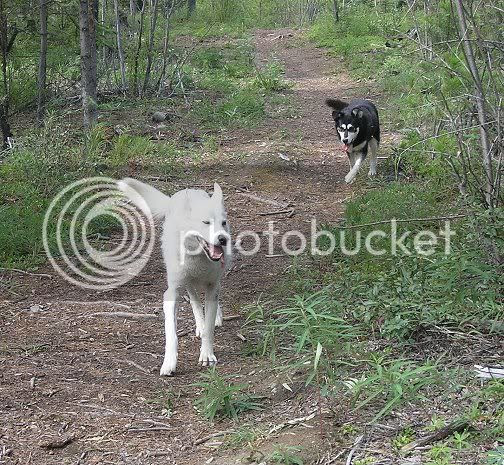 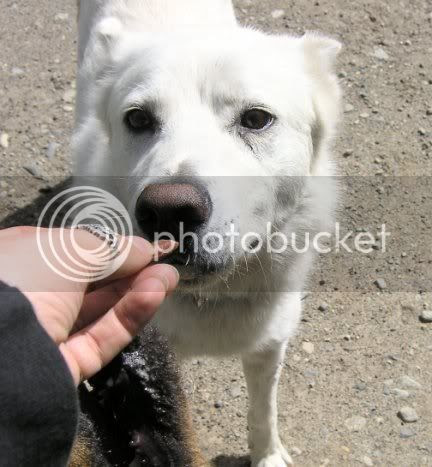 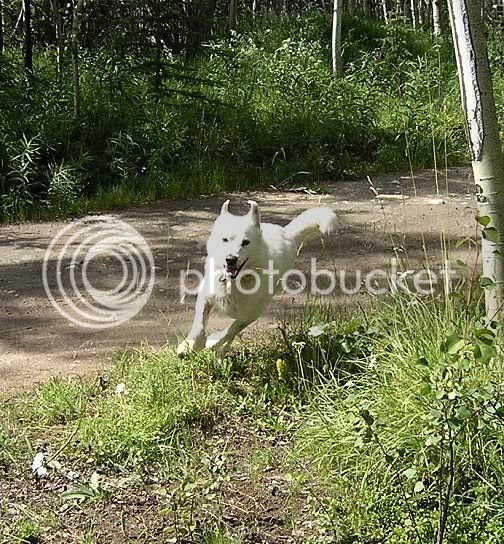 RUN, Pacer, Run!!!
He is most definately not a water dog! He wouldn't even get a drink at the lake. He did get his front paws wet while trying to drink out of a puddle, but that was it. Not a chance that he was going swimming. 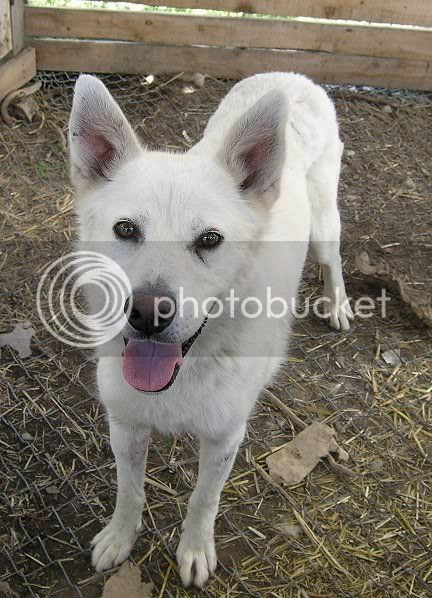 Back home, waiting for a final treat. This is the best picture I've ever taken of Pacer. He usually turns away from the camera, but he was feeling pretty confident after his big adventure. I simply adore the little ghost dog!
Posted by Wandering Spirit Kennels at 9:58 p.m.