Last weekend I shovelled out the snow by the fence so the kitties could play in their enclosure. They thought it was a great idea, until they noticed the snow! 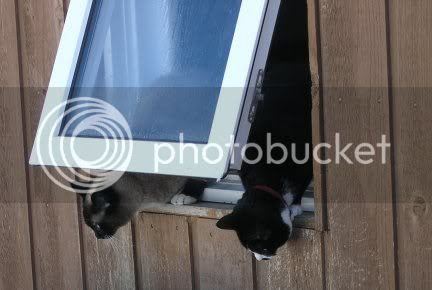 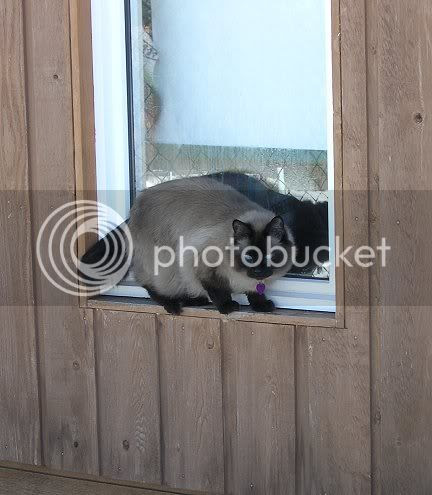 Glacier won't get his paws wet! 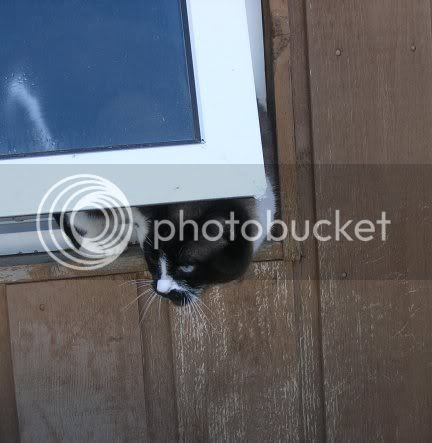 For a former feral, Polly is very reluctant to go back outside! 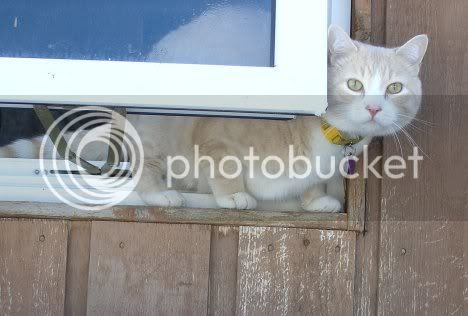 Pete hung out in the window for awhile and debated. 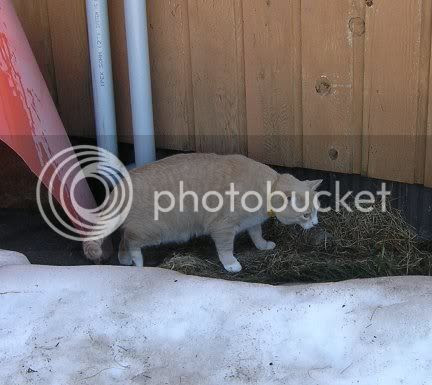 Eventually, he braved the snow!

The snow should be all gone in a week or so. The cats will use their run much more often then!
Posted by Wandering Spirit Kennels at 12:44 p.m.