Well, it kept snowing all night last night and this morning we woke up to at least six inches of the white stuff. It looks like January outside, except there is light! So, like any self-respecting musher, I called in to work today and told them not to expect me! This can't last forever and I have to take advantage of it while I can! Plus I have close to 6 months of leave time banked, I can afford one mental health day!
So I hooked up a little team: Pingo-Paxil-Hobo-Franklin-Pacer. 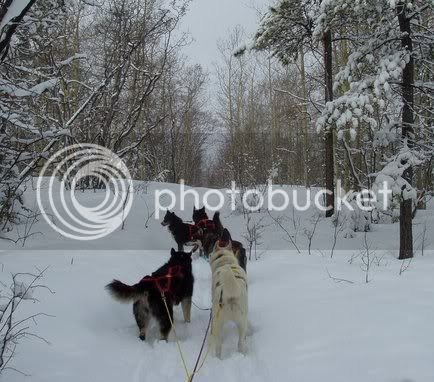 Breaking trail is hard work! A six dog team would have been better or even 8--this was heavy snow! But Hobo really wanted to come today and he has to run alone. I didn't feel like messing around and adding sections to the gangline so I just took 5. Hobo is very powerful and he's like having six dogs most of the time anyway! The little dude lives to pull. 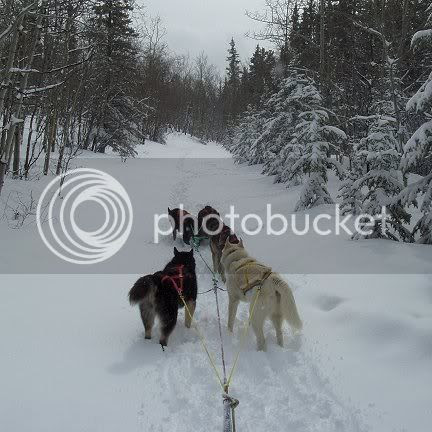 Down by the lake, the only tracks in the snow ahead of us were made by Daisy and Mac, who were running loose. It was perfectly still and quiet! Heaven on earth!! 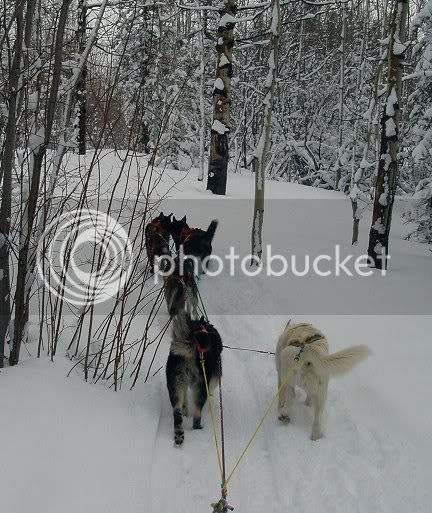 Coming home was more fun and less work for all of us. The trail was already broke so the dogs could pick up some speed and I didn't need to help them near as much. 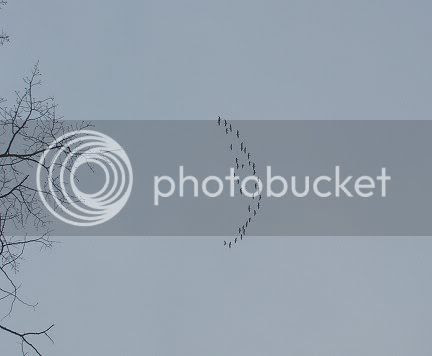 This very noisy flock of swans broke the stillness at one point, but they were lovely. Lots of swans are congreating out at Marsh Lake right now on their way to their far north nesting grounds.

I suspect this was our last run of the season. It's been a great year. Lots of snow, good weather, great dogs! The dogs have learned alot, I've learned alot and we truly are a team now. I'm a little sad to see the season end, but maybe if it stays cool, I can sneak in a run or two on the weekend!
Posted by Wandering Spirit Kennels at 2:39 p.m.