Today marks four years since Kayleigh joined our family. Course at the time, our family was much smaller--Kayleigh was dog #5! Kayleigh, as most of our dogs did, came from the local humane society. Adopting Kayleigh was a snap decision based on "that big dog shouldn't be in a little cage". Some days I think "oh, if I had only known what I was getting into", but I wouldn't trade her for anything. 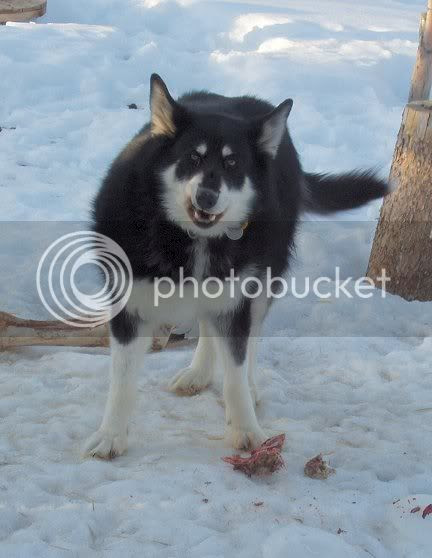 She's a challenging dog. When we got her both her physical and psychological health were badly damaged. She weighed 77 pounds and had spent her life on a chain. Today she weighs 120 and has her own half acre pen to play in! My vet say she should loose five pounds. I told him he can come out here and tell her that himself! Kayleigh still hordes food. There is always a bone or a bit of kibble hidden in her doghouse, just in case I forget to feed her one day. Kayleigh has over come many of her isses--most importantly she no longer bites or snaps at people, but she has never forgotten that she used to be hungry! 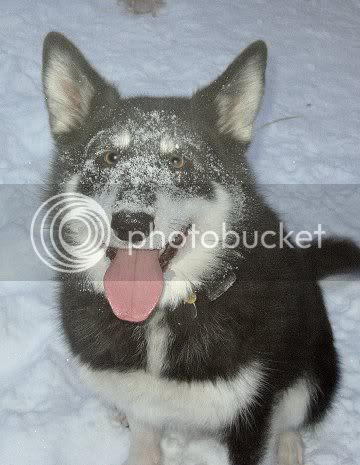 Kayleigh is dog aggressive and a cat killing machine. We spent alot of money on vet bills before we gave up on trying to get Kayleigh to live with another dog! Since 8 cats live here as well, her house time is limited. When the ground thaws enough to dig post holes, she will be getting a new and improved pen. This one will be attached to the shop, where my husband spends hours every day, where my father-in-law carves daily and where there is a big wood stove for Kayleigh to sleep in front of. It's not the house, but Kayleigh will love it!Kayleigh loves giant tennis ball. Her favorite phrase is "wanna play soccer?" She's a great goalie! She is silly and goofy. She'll do anything for a belly rub.

She's been a great teacher! I've learned all sorts of things from Kayleigh and lots of new training techiniques. I've also found a few new trails--it's easier to walk Kayleigh on quieter trails farther back in the bush. I've even learned where the best porcupine hunting spots are--although I could have lived without knowing that. I also know that it takes 25 minutes to get from the porcupine spot to the vet clinic! 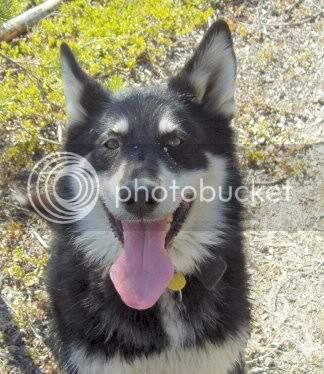 We call Kayleigh our problem child, but she is problem that we are delighted to have!