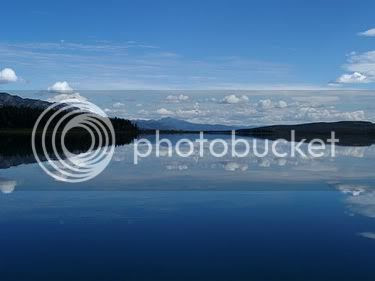 One of those picture perfect moments on the Yukon River, beautiful in blue--taken just upstream from the Marsh Lake Bridge last Monday. 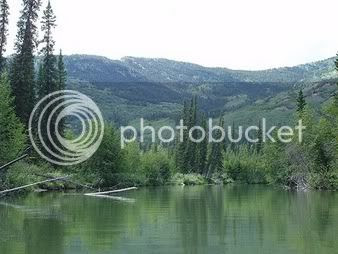 Green, Green, Green! Nothing but green! Taken Saturday on the McClintock River. 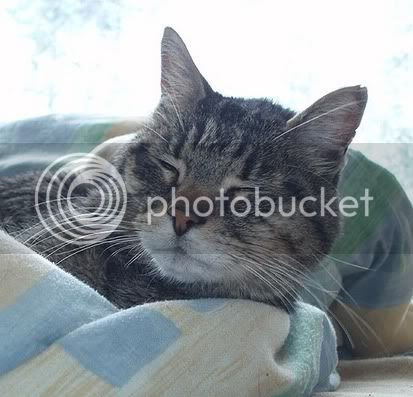 And another Beau update. One more set of blood tests revealed why Beau's liver isn't working very well. (Beau didn't even have to go back to the clinic since they stole so much blood the first time!). Beau is hyperthyroid. Very common among older kitties, not so unusual among young kitties either. There is a cure for it, but it is not available in the Yukon. Given Beau's rather fragile health, a trip to Saskatoon for radioactive idodine therapy is out of the question. So once a day, every day for the rest of his life, Beau takes a tapazole pill. Problem solved--more or less. He's still ancient and this won't solve all his problems, but it should give him some more quality time with us. Fortunately, Beau is a laid back kitty and doesn't mind taking his pill. With some of the other cats here, I'd be paying that big bill for the trip to Saskatoon just to avoid having to pill them daily!
Posted by Wandering Spirit Kennels at 11:25 a.m.

Ahhh....I'm glad Beau's problems is something treatable. He looks like quite the contented guy. May he have many more contented days.