Chase grew up in the local shelter. Came in at four months old, already terrified of pretty much everything; got his name from the amount of time people spent chasing him around trying to catch him; came here at about 18 months old. Growing up in a shelter, no matter how nice of a shelter, does funny things to a dog's head. Chase is simply not all there. Quite frankly, he's a little dense! But he is nothing but sweetness and silliness. He's always happy, always up for a run, loves to cuddle and adores Goldie. Goldie is a bit of a bitch and she didn't have any doggie friends before Chase got here. She can handle the other dogs in short doses, but she can't live with them. She can't live without Chase now. They are a little doggy love story! 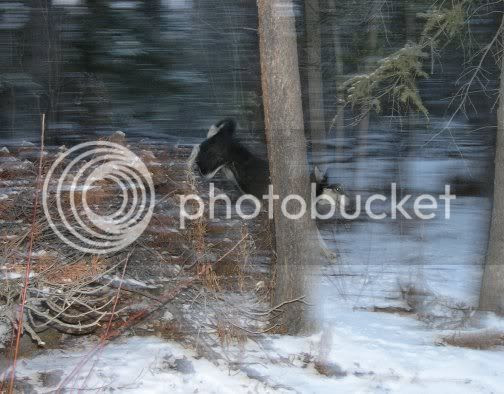 Technically, this is a lousy picture, but it does give you some idea of how fast Chase is. This was just in his pen. He has a huge pen and shares it only with Goldie. 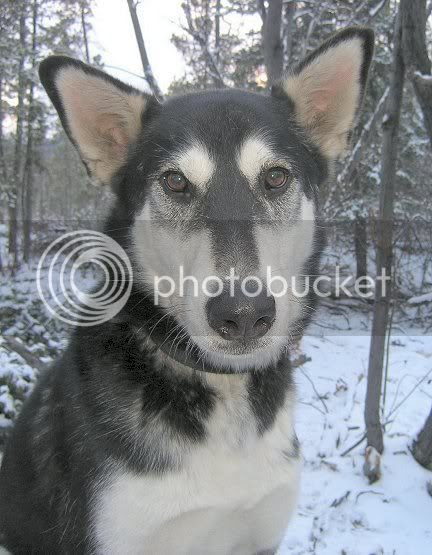 He's really a very handsome boy, when he stays still long enough for a picture!

And he's a big momma's boy! A trait I kind of enjoy in him! 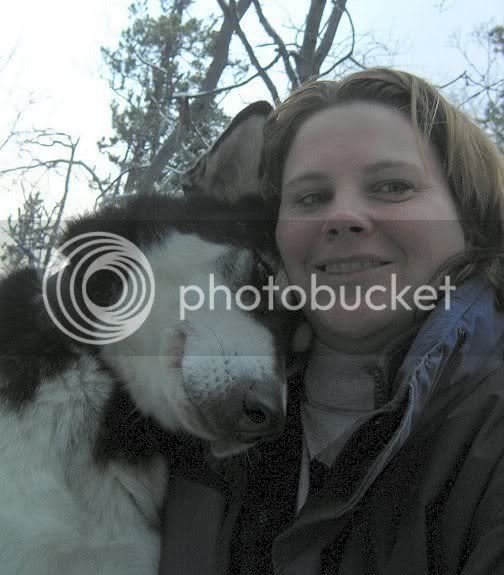 Off to run a team now....Chase is a great wheel dog too!

Oh, one pic of his girlyfriend! 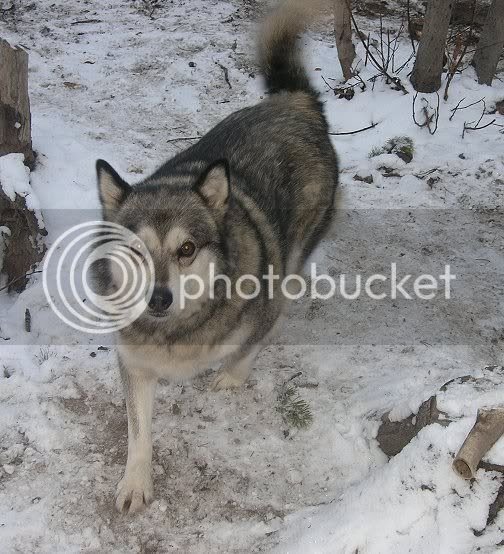 She does her best to keep up with him, but her short little legs just can't get that kind of speed up!
Posted by Wandering Spirit Kennels at 10:25 a.m.

It's nice to see how happy you are living in the North with so many family members....