In addition to the dogs and 2 humans, 8 cats also share the house. Well, they think they own it and are gracious enough to allow the rest of us in occasionally! 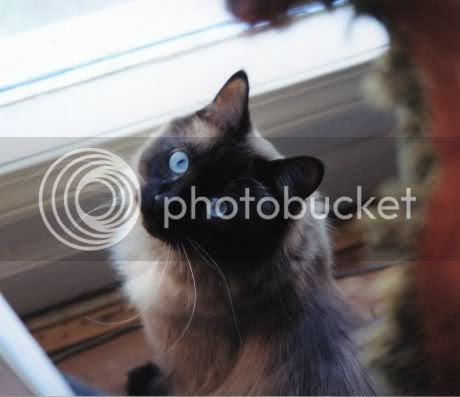 This is Glacier, named for his ice blue eyes. Glacier is six years old. He's the original feline friend around here. He's been very understanding about all the others who followed in his pawprints. Glacier was born just outside of Calgary under a friend's deck. I hauled him out when he was six weeks old. 18 months later he made the big trek north with us. He's refused to travel ever since. Glacier in the truck is not a pleasant experience! Fortunately, he's a very healthy critter so his trips to the vet are infrequent! 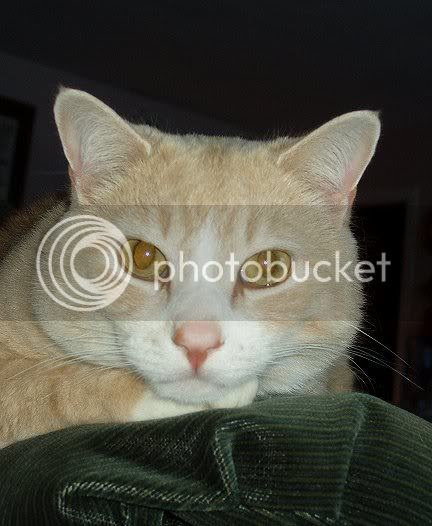 Pete arrived in October 1999 at the tender age of three weeks. Pete was born to a barn cat who disappeared when her litter still needed her. Pete is the only survivor of that litter. He was hand raised and bottle fed. He is very attached to Glacier and to this day Pete still tries to nurse on Glacier's dewclaw. Neither of them seem to mind that Glacier is a neutered male! Pete has had some serious health issues in his young life. In January 2002, he began to suffer from urinary tract blockages. Eventually, he had to undergo a special surgery to correct the problem. He's a much happier kitty now! 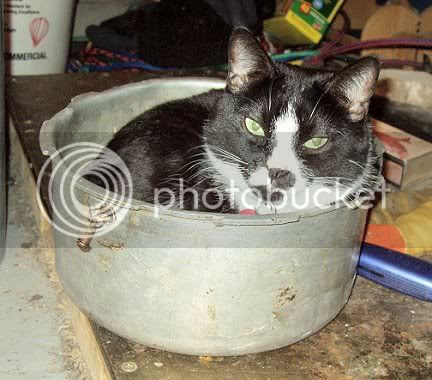 Dominique is our first Yukon born critter. She was found as a young kitten wandering around downtown Whitehorse by herself. I took her from the teenager who found her and said I would find her owners or a good home. No owner ever appeared so I guess I found her a good home--she stayed here! Dominique is named for her dominant nature. At 5 weeks old, she walked into the house, batted both Pete and Glacier on the nose and promptly took over the place! 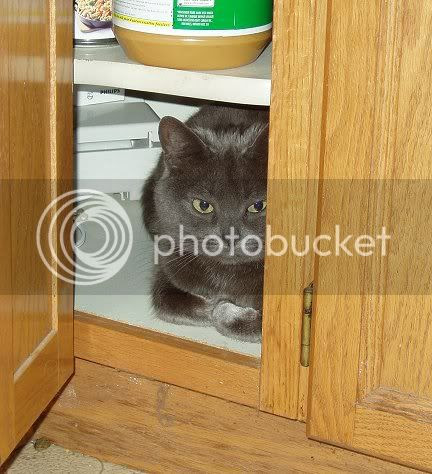 The beautiful Princess Ivy was the first critter we ever adopted from the Mae Bachur Animal Shelter (www.humanesocietyyukon.ca). She would not be the last! Ivy is a delicate, regal princess. She keeps herself quite separate from the other cats, but she loves a good snuggle with her humans. 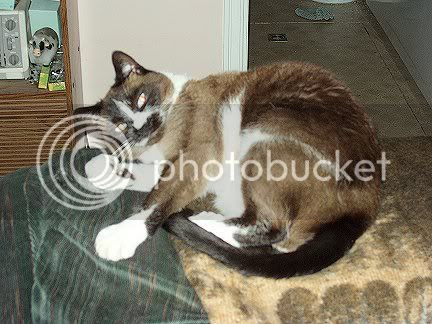 Polly Paws is our polydactal girl. She has 28 claws!!! And she's not afraid to use them! Polly Paws came from the City of Whitehorse's Animal Control. She was rescued just before she was to be euthanized. Polly acted very sweet in that little cage in the Pound. Her true colors were revealed when we got home. She's actually a semi-feral wild cat! Over the past three and a half years, she's tamed up quite a bit, but she's still full of attitude! 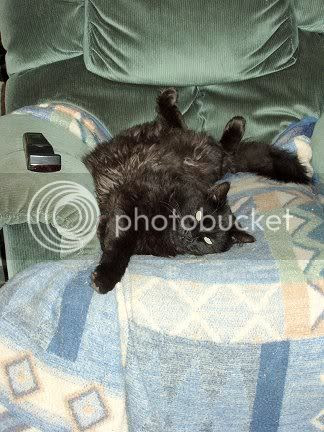 Onyx is another shelter cat. He was dumped with his littermates in a box outside the shelter door. His littermates got adopted quickly, but Onyx waited and waited. Black cats are often the hardest to find homes for. Onyx came here at about four months old. He's a huge cat. He weighs 19.5 pounds, but he's a gentle soul. Onyx only wants to be loved. 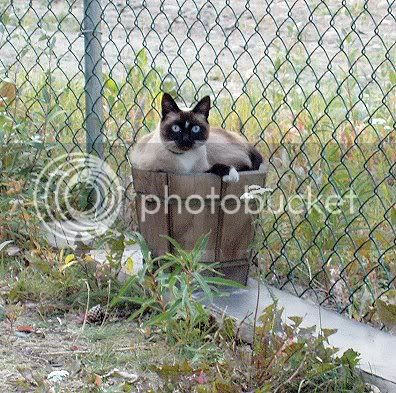 Felicia is a special needs cat, also from the shelter. Felicia was born without an elbow joint in one front leg. When she was smaller she could still use that leg, but now it doesn't touch the floor anymore. She does use it bat at her brothers sometimes! Don't tell Felicia that she's handicapped. She doesn't have a clue. She finds a way to do all the things other cats can do! 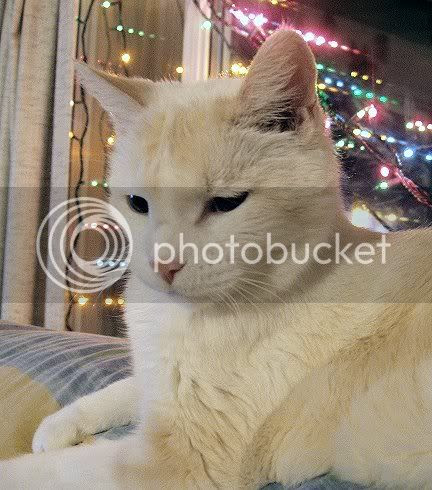 The last feline addition was Twicket who arrived in June 2003. Twicket was dumped at 13 years old at the shelter by a family that had owned him since kittenhood. I can't comprehend how anyone could just get rid of a pet like that. Twicket holds no ill will though. He's a happy, content purring ball of affectionate fur. He would like to be carried around 24/7! Twicket just turned 15 and he's still going strong. He's lost some weight but has no health problems.

And that's the current feline family!