The last of the doggy intros...

Continuing to introduce the pack! 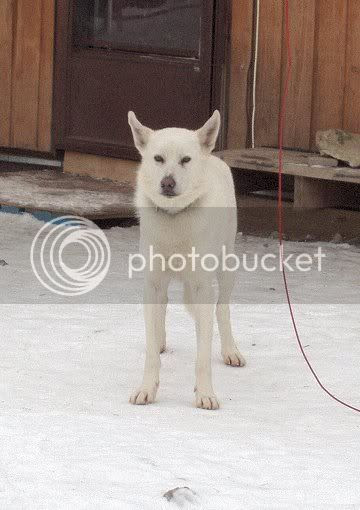 This is Pacer. Another foster failure who spent over a year in the shelter before we got him. Pacer takes timid to a whole new level--or rather he did. He used to be almost untouchable, everything made him jumpy! He's been here for 14 months and he's a different dog. Now he's still timid with people he doesn't know, but he thinks his role in the house is to keep my feet warm, which, of course, means sleeping on the bed! 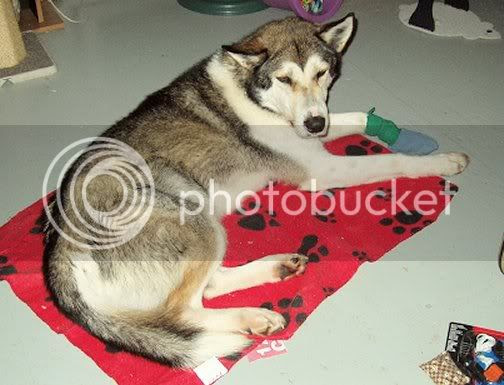 Right after Pacer came this big guy, Founder. Founder was left tied to the shelter fence one night. A year later he was still at the shelter and he was not happy! He came here and we quickly realized that in his former life, Founder was a sled dog! He definately knew what he was doing in harness right way. Right now, he has an injured paw, so he's on R&R for a couple weeks. 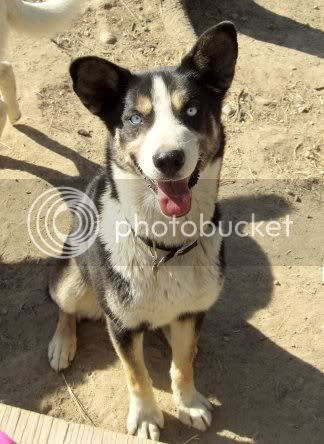 Chum is another shelter dog. Originally we were just hiding him from his very abusive owner. We're doing a really good job too--he's been here for well over a year now! Chum is a very chatty dog, he loves to woo and growl and carry on about just about anything! Someday when his brain turns back on, he'll be a good sled dog! 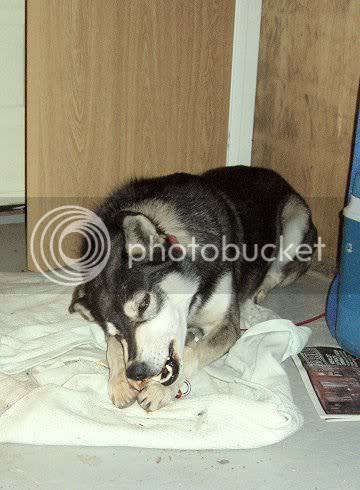 Hobo arrived last February. His story is long and rather dramatic so I'll make a whole post abotu it sometime. Hobo is eight years old but acts like a puppy. He's in constant motion and into everything! 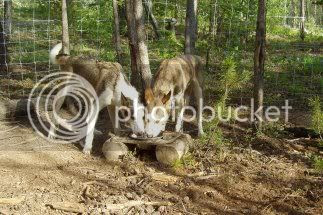 More littermates--Mac & Ozzy are yearling hound-husky cross. That's Ozzy on the left. They are timid too, like many of our dogs, but quickly shedding their fears! Ozzy is a big sweetheart who can't get enough affection. Mac loves to pull and play with the other dogs. 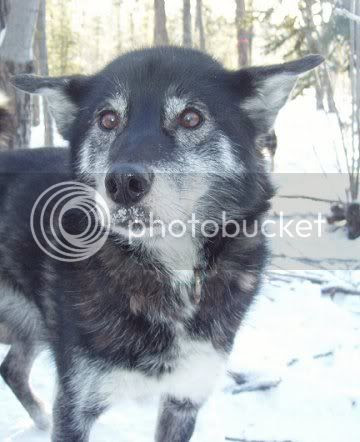 Last, but certainly not least, this is Paxil. She arrived in November 2004, but I have known her for years. The very first dog team I ever drove was lead by Paxil. I told her musher that if she ever wanted to rehome Paxil, I wanted her. Four years later, Paxil arrived! She is eight years old and slowing down a bit, but still a highly reliable leader for my recreational team.

That's all the canine companions..I'll intro the cats soon.